TrailHawk, the bad guy from the Jeep Cherokee. 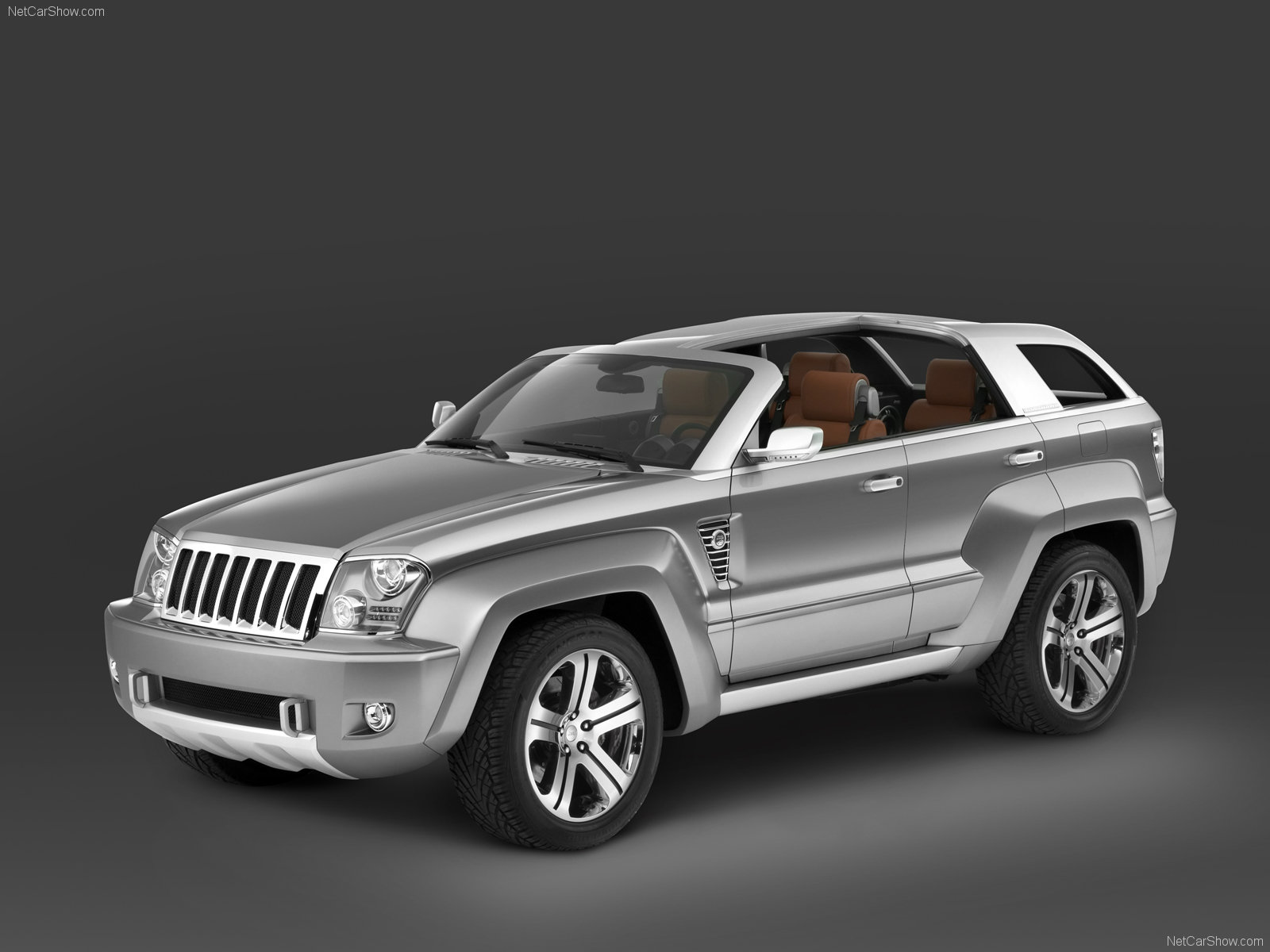 Previously, it was learned of a concept made by Jeep of what would be its New proposal to continue with its Grand Cherokee all-terrain , so that innumerable photographs were seen on the net that commented on how well developed the concept was and probably the few inconveniences that manufacturers would have to take prototype to the real market, that is why today the article will present this "bad boy" so that users once again give their opinion about what could be a new generation of all-terrain. 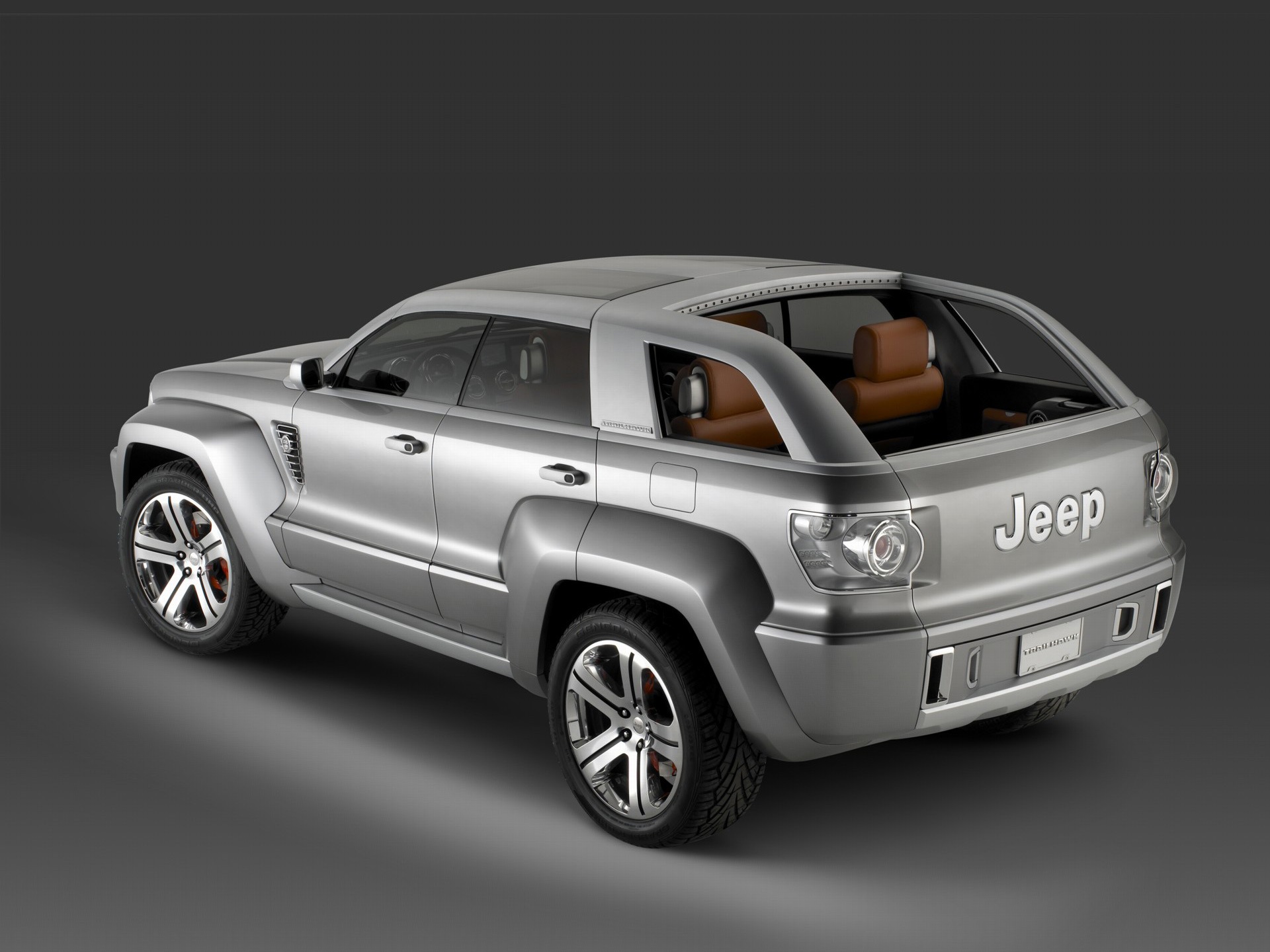 The Trailhawk is a model that combines different things, with this we refer for example to what would be a Wrangler, since if we look at the roof carefully we will realize that they can remove certain parts of it to have more freedom and ease for passengers, an issue that the traditional Jeep did not possess. Another point to stand out or that draws attention is the final cut, which is different from what we were accustomed and finally the incredible wheel arches that perfectly house 22 "wheels, something that not many can boast .

As we have been able to summarize, we are looking at a car that clearly wants to capture a large part of the market of users who opt for a high-performance all-rounder and avant-garde model, so far all good with the Jeep.

To define a little better and something more ordered to the model , it will be convenient that we do it from the outside to the most intimate of the Trailhawk, that is, its engine. At first sight from his frontis already presented as a breaker of schemes, with its traditional grid of seven bars, and a focus of aggressive and mature appearance, the Jeep instills a kind of reverential fear, which of course is well received by the user who owns it and envied by whoever does not obtain it yet. Its large bonnet, wheel arches and bumpers with straight air intake make the concept look different from the rest, especially since the HID headlights are preponderant when evaluating the spirit and appearance of the car, something incredibly well achieved.

Giving way to a side view, we we will find an impressive finishing of volumes, where we can immediately glimpse the wheel arches that are joined by means of a widening of the body that is given in the final part of the doors, good detail. Another thing that stands out is the harmony that presents the model, since there is a sophisticated balance between the bearing of the upper part, from the lower frame of the windows to the roof, and the lower part of the car, that is to say from the frame of the windows to the end of the model. We can appreciate another detail very well achieved and that greatly appreciates the manufacturers and designers, since it looks beautiful, it refers to the exits that are just behind the front wheel arches and in the front of the doors, just in the line of the door, is simply "beautiful", great detail. 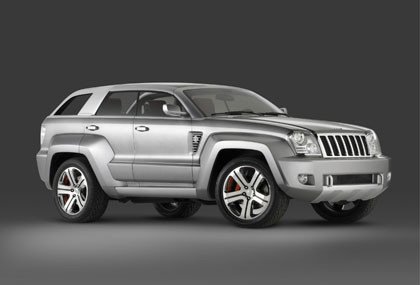 Turning to the back we find a beautiful cut, which looks different from what they did in their Cherokee and similar models, likewise happens with the rear lights, which without being absolutely innovative give a renewed, modern, agile and very dynamic aspect to the model in question.If we are faced with a model of maturity, faced with a model that gives power and sovereignty to a whole previous range, it is ridiculous that interior panels are round and small, as we would like to make a kind of "compact". The handle itself seems somewhat lean, as if it were lacking in strength and solids, with three aces that connect it to the contour seems very thin despite the commands that have been incorporated, he imagines that the handlebar would be a whole control panel in where you could feel the power of a high-performance all-rounder, consistent with its powerful exterior. 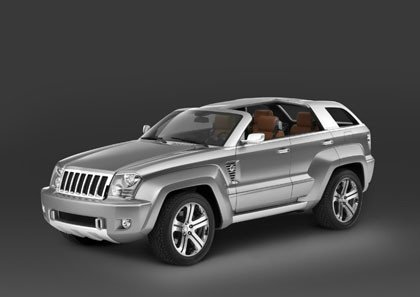 Looking at the central panel, we see that they are small controls with very small panels, where you play more with the bright blue of the same LCD panels that look like but do not provide real content to a car of this level, that is why it is criticized and claims that the model is modified so that you can achieve what you deserve a Trailhawk, solids, maturity and power, much power. 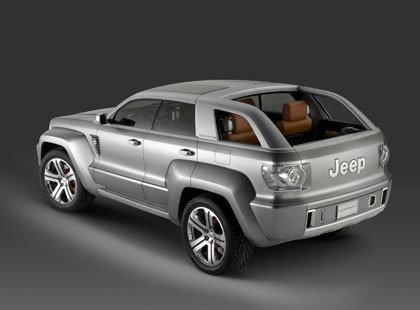 In general, the interior, except for the panels and handlebars, looks well done, with seats that look comfortable and high building materials seem to have been very successful car, the important thing is comfort and safety above all things, and that has been reflected effectively and efficiently in the front seats, which are comfortable enough to transport on long trips to passengers, well done. 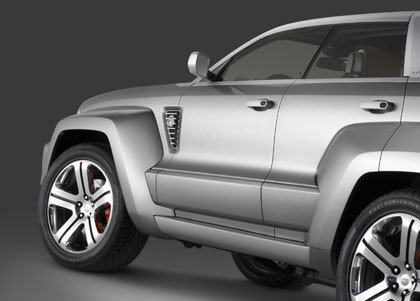 Now, the "Bonus Track" would be the device that is in the trunk to adapt the speakers to an iPOD, because the most curious thing is that it would be rather a small radio to transport, since you can see at the top of them a handle that would presume it removable for when we have to " explore "other areas where the Trailhawk could not reach, what give your criteria. 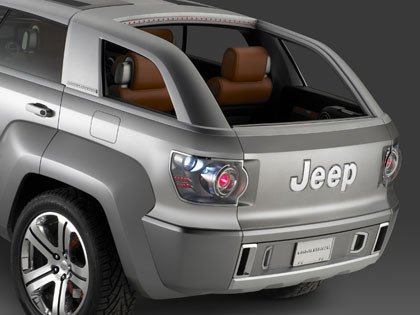 Now, finally we get to the heart of the article, what is it that moves the Trailhawk concept ?, very well the answer will not be as forceful as what we have just seen, but no doubt there will be surprises.